Amadou Diallo. Abner Louima. Sean Bell. Eric Garner. These names live in the memory of all New Yorkers as the victims of extreme acts of brutality at the hands of the NYPD.

The public mission of the NYPD is “to protect the lives and property of fellow New Yorkers,” and most police officers are true to that mission. But as with any group, there are always those who don’t have the best intentions and want to push the envelope. If something bad happens to you or a family member while in police care, you were possibly the victim of some form of police brutality and you need a Bronx Police Brutality Attorney. 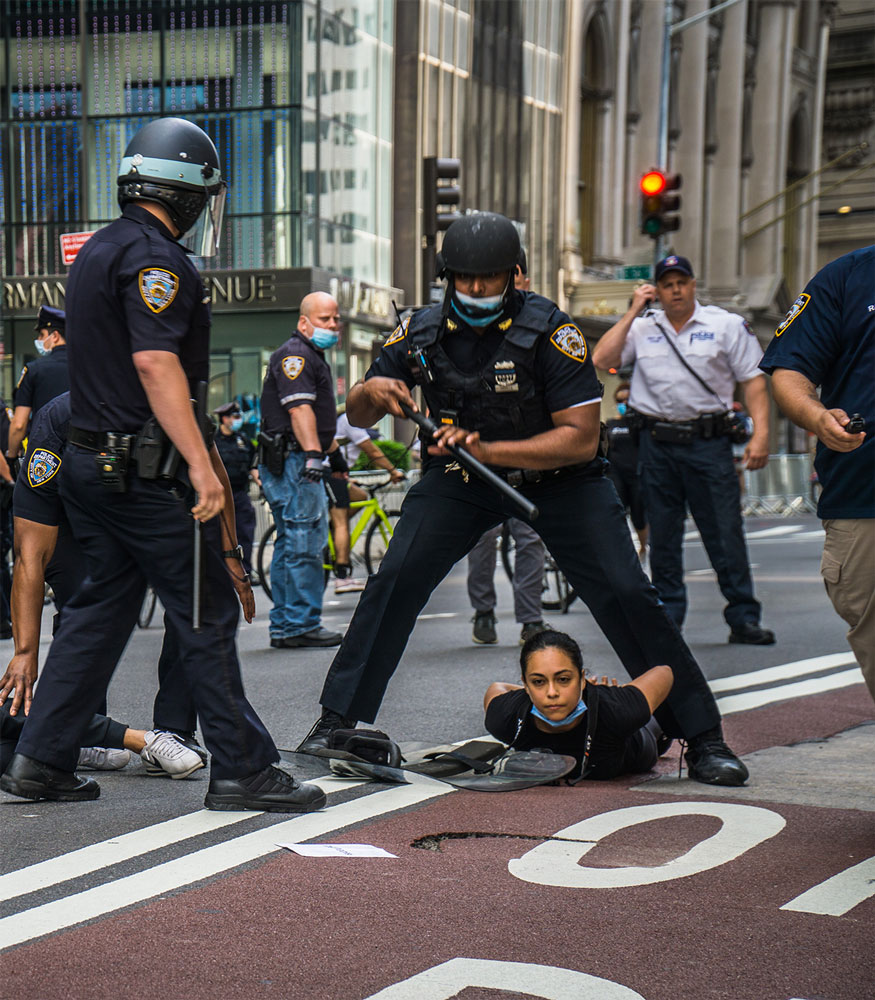 Not all types of police brutality rise to headline levels. If you’ve experienced police brutality, it’s important to call a Police Brutality Attorney Bronx as soon as possible to protect your rights and collect evidence against the offending officer to collect the damages you deserve.

What qualifies as police brutality?

Police brutality can come in many forms, such as excessive use of force, intimidation tactics, racial profiling, illegal search and seizure, false arrest, verbal abuse, and falsifying or planting evidence. There are police officers who will use their position to harass ex-girlfriends or others from their personal lives. The topic of police brutality can be varied and complex, so it is important to speak with a Police Brutality Attorney Bronx to determine if you were a victim of police brutality.

What would be police brutality that wouldn’t result in a victim being hospitalized?

Some police officers learn tactics on the job that can cause pain without leaving marks. Sometimes it’s caused through force, and other times it’s using tactics that are mentally cruel. Handcuffing someone, making them sit in one spot on a cold floor for hours, screaming horrible insults, shining bright lights in the face, and not allowing a victim to use a restroom so they soil themselves are examples of what could qualify as “entry-level” brutality that would leave little medical evidence but could leave deep psychological scars.

If I am a victim of or see an NYPD officer committing an act of police brutality, should I fight back?

NO!! Under no circumstances should you ever confront police with force. Even if “they did it first,” once you fight back, it is likely that you will face criminal charges and undermine a case that you would later want to bring. Plus, a court will have a hard time finding you believable. If a police officer is hostile toward you, do all you can to comply and be pleasant. No matter how much you may want to fight back, control yourself. If you escalate matters, you will make the NYPD’s case for them.

How can a Bronx Police Brutality Attorney demonstrate that a cop is lying?

Cross-examination tactics are part of our stock-in-trade. People lie in cases all the time, and cops can be some of the best liars. However, even good liars who have accomplices can give you a story that’s filled with holes and that is when things can move quickly in your favor.

What are things that could help my case?

Take note of your surroundings! Nobody leaves their house with the idea that they will be the victim of police brutality. If you believe the police are stalking you, we recommend that you find a store or bank that has a visible camera and place yourself near it. Wait there for the police officer to act. If he does, it will be done in a place where your Police Brutality Attorney Bronx can subpoena the video. There is nothing more convincing to a judge and jury than video evidence.

If you’ve suffered an injury, you should immediately seek medical attention. Take photographs of bruises, scrapes, and cuts. If you go to the hospital, be sure to get a medical report from the doctor. We could need your medical report, including X-rays when we begin assembling your case.

Can my Bronx Police Brutality Lawyer bring charges against the police for me?

No, that would be a criminal matter that would have to come from the Bronx District Attorney. Cases, where you collect damages, are civil cases, and they come with some advantages for you as a victim. When you talk to us, we will tell you that the best route for justice is to make them pay…literally!

What should I do next?

You need and deserve compensation for the physical and mental pain caused by this experience. It could take medical care, rehabilitation, and counseling to restore you to the person you were. And you should be compensated for lost wages, pain and suffering, and loss of enjoyment of life. Call Feiner & Lavy today at 212-393-9130. We are here to help you and to fight for the settlement you deserve!